Practical Ways To Reduce The Cost Of Van Insurance

Motor vehicle insurance costs in Britain can often be sky-high depending on what you want to insure or, indeed, who’s insuring it! Ask any van owner, for instance, and they will tell you how expensive van insurance can be – especially in comparison to car insurance, which tends to be somewhat cheaper to pay for. 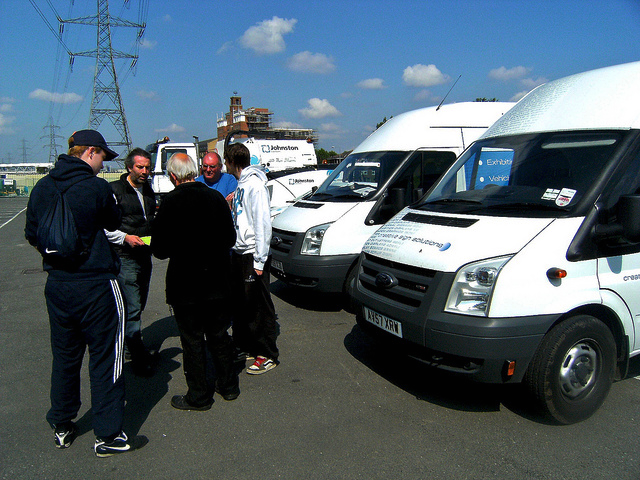 Unfortunately, there is no way to legally drive a van on the streets of Britain without a valid insurance policy in effect, so you have no choice but to pay the high insurance costs demanded by van insurers.

I will let you in on a little secret though: it is still possible to get cheap van insurance! Here are some of the best ways of doing so.

You might not have heard of some of these methods before, but they are all perfectly legitimate, and you are entitled to take advantage of them, so without further ado, here are some practical ways to get cheap van insurance!

When it comes to renewal time for insurance on your van, you should ask the prospective insurance company whether you can use your car’s no-claims bonus on your van as well to help reduce your premium.

Many insurance companies will be happy to reduce your premium if you can prove to them that you are a safe driver and have many years of trouble-free motoring.

Anyone that drives in the UK will eventually come across a van driver that has a blatant disregard for the rules of the road, as well as the other people that use it such as motorists, cyclists and pedestrians; these people are stereotypically referred to as “white van men”.

You often see idiotic behaviour on the roads, and even the occasional male driver stopping their van in the middle of the road to ‘wolf whistle’ to a female pedestrian that catches their attention.

Such examples of this behaviour are very likely to attract police attention to you, which could ultimately result in you having endorsements on your driving licence, and your having to pay fines.

Pay for your insurance annually

Some van owners may not realise this, but if you pay for your van insurance through monthly instalments, you are almost certainly going to be paying a higher price for your insurance cover than you would if you paid for it all upfront.

Western Vans recommends that you pay for your van insurance annually rather than monthly. In some cases, you could buy your insurance on a credit card that charges no interest for the first 12 months, and then just pay the credit card off over that period of time!

Otherwise, you should budget for annual van insurance through your business’s cash flow so that you don’t have to worry about how you are going to pay for it.

5 Great Reasons For Investing In And Wearing A Motorcycle Helmet →

Van Monster Reveals Who the Man With A Van Really Is →

How to Stop Fleet Managers Having Sleepless Nights →